Measures to Take to Improve Your Home Security Levels 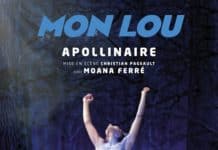 Thousands of burglaries are committed each year in the United Kingdom. Many people fall victim to these criminals – who in the majority of cases show no remorse for the pain they cause with their actions – simply because they haven’t taken the steps to ensure that their homes are protected with a good level of home security.
If you’re a homeowner and your home is lacking a good level of home security, you should remember that it’s never too late to rectify the problem – home protection is vital. With this in mind we’ve produced a short guide detailing just a selection of the best home security improvements you could make to your home this year:
A Home Alarm System: A good home alarm system will help to deter burglars from breaking into your home in a number of ways. If you install a home alarm system in a prominent position – usually on the front and back of your home – you’ll ensure that it’s more visible to potential burglars. Burglars usually only choose to break into the most vulnerable of homes – i.e. those that don’t have any type of home security. The chances are if they spot a burglar alarm they’ll give your property a wide birth.
If your home does happen to be broken into, a home security measure, such as a burglar alarm will alert neighbours, as well as other residents in the street, that there could potentially be an intruder in your home. This will enable them to act and call the police.
Window Locks and Stickers: You could improve your home’s level of home security significantly just by fitting locks on every window. The addition of a strong lock on each of the home’s windows will make them much harder for burglars to jam open.
Stickers signifying that your property is alarmed can also be used to good effect; as previously mentioned burglars don’t particularly like taking risks. If they see a sticker stating that the property is alarmed, they’ll be less like to attempt to break in. A relatively inexpensive home security option, there isn’t really any excuse not to add home alarm system stickers to your windows.
Install A Safe: Many people leave their valuables lying around their home when they go out – something that lures burglars in. You might find that a home alarm system doesn’t deter them, so in order to make sure that your valuables aren’t stolen you could install a safe – an incredibly tough home security option. Usually featuring highly sophisticated locking mechanisms, safes can act as great crime prevention tools.
Remember burglars like to get and out of a property as quickly as they can; they don’t like to risk being caught in the act, especially if a home security system has kicked in. Therefore Natural Pest Controlling Methods Wikipedia they will usually just grab and take the items that are visible to them. Even if they spot a safe in your home, they probably won’t have the tools, the knowledge or the time to open it.
You should reserve the space in your safe for the most precious items you own – jewellery and money etc. – as well a personal documents – such Houseplant Pests White Fuzz as passports. Although you might consider a safe to be a slightly expensive home security option, you should look upon it as an investment.